In Indonesia, used car sales will grow at a moderate rate due to low car ownership rates and rising new car prices. 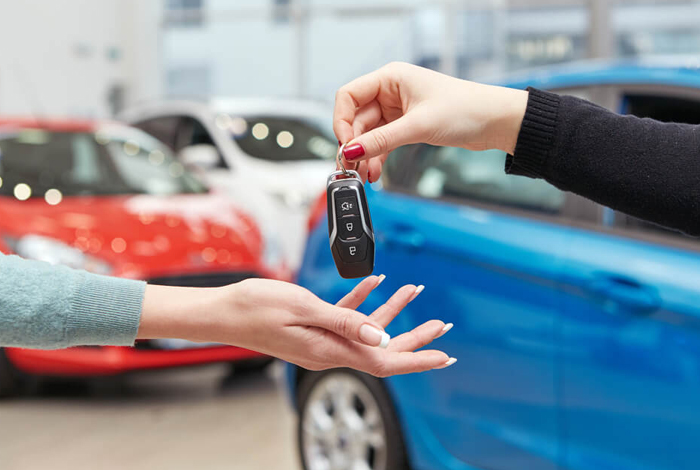 In Indonesia, used car sales will grow at a moderate rate due to low car ownership rates and rising new car prices.

Used car industry in Indonesia offers a wide range of vehicles from small cars to SUV and expensive luxury cars. Sales of used cars witnessed slow growth in 2021 due increasing price of used car, consumers demand declined.
With the rising health safety issues in metro and non-metro cities, there has been a noticeable increase in the demand for personal transportation since the pandemic started in Indonesia. Naturally, this will result in more demand for inexpensive personal vehicles. And used cars perfectly fit the bill. Pre-owned vehicles not only cost less than their brand-new counterparts, but they also give people with low incomes access to the auto market. Additionally, the market is flooded with loan offers with low interest rates for used cars. Indonesia branded used car market has also witnessed rise in demand in recent years.

Indonesia is one of the emerging economy and leading manufacturing hub in Southeast Asia for many foreign corporations because to its rapid recent expansion, Indonesia is predicted to somewhat bridge the gap with Thailand's dominant position during the coming years. Indonesia's domestic automotive production facilities are currently heavily reliant on foreign direct investment, primarily from Japan.  On the other hand, in Indonesia Automobile industry around 1.3 million countries population making it one of the largest service providers.

The market for used cars is expanding rapidly in Indonesia. There are various factors supporting the growth, and one of them is the widespread dread of the COVID-19 pandemic. However, the nation's new automobile market is turning things around after a catastrophic 2020.

On a revenue basis, in 2021, Indonesia used car market grew by 7%, bringing in USD XX billion. Due to the effect of the lockdown, which lasted until June 2020, used vehicle players in Indonesia saw a significant drop in demand and businesses were hard hit. However, with the gradual reopening of enterprises in phases, a dramatic surge in used car demand was seen.

Post-pandemic effect on used car market: Since the advent of COVID-19, consumers have become more conscious of maintaining their personal hygiene, health and carefully spending. The shift in consumer behavior and preferences is expected to favor the used car market in Indonesia. The demand for used cars has increased and will continue with rise in potential buyers. Manufacturers like Honda are currently getting ready to introduce their own pre-owned certified vehicle market. The pandemic showed that while the market for new cars is deteriorating, the market for pre-owned vehicles is strengthening.

In Indonesia, new car sales are dropping, but the used car market is booming as more individuals choose used cars over new ones since they are more economical. According to used car dealers, many customers choose to purchase used cars not only because they are less expensive but also because 3- to 7-year-old cars are still in decent shape. The nation's used car market has expanded as a result of the tendency.

Changing Consumer Preferences: Consumers in Indonesia have evolved their spending patterns over the past few years as their purchasing power has grown. Traditionally, cars were considered to be expensive purchases, and owners typically kept them for 8 to 10 years before selling them. On an average, a person now changes their automobile every three to five years as a result of cars being more of a fashion statement. As a result, buyers of used automobiles can get good vehicles that look brand new. Used automobiles are now more popular and in demand as a result of this.

In 2020, the growth of second-hand car sales in Indonesia was twice of volume generated in 2019 and is anticipated to register a CAGR growth of 6% from 2022-2027. The rate of inflation is high in the country. There has been increasing in the living standards of the people with the growing economy, but complemented by a high inflation rate. Hence, used cars have become the median way to satisfy the need for the personal vehicle along with affordability to substantiate inflation.

On another note, the Purchase of new cars comes along with the liability to pay registration fees and various other transportation and capital taxes.

Makreo Research has published a study on the Used car industry in Indonesia, report titled “Indonesia Used Car Market Revenue and Forecast to 2027” is a detailed study that offers the reader to review of the industry's past, present, and future expected performance. The report discusses Indonesia Used Car market size and growth outlook. In presence of both organized and unorganized channels, it is vital to understand the market from all possible areas including the economy of the country, average spending power, demographic distribution, government initiatives, and the impact of external factors such as inflation, COVID-19, and others. The report also highlights Indonesia automotive market size in terms of volume. The study helps the readers to gain insights into market growth opportunities in the future.